A guide to resources on economic inequality 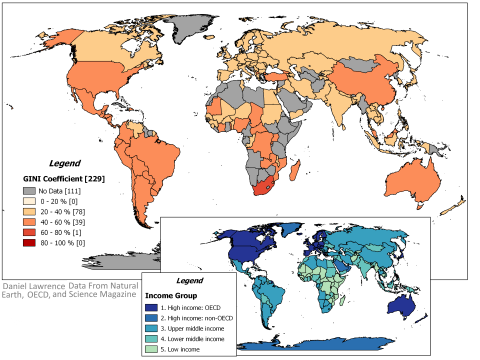 Over the past couple years there has been an ongoing global conversation on the causes and effects of economic, or income, inequality. Economic inequality is the gap between the wealthest people in a nation and the poorest people in terms of economic wealth. Some, such Harry Frankfur, argue that more attention should be paid to addressing poverty than economic inequality. The following resources should help one start researching this important topic.

The map on the right illustrates, in warm tones, the GINI coefficient, a measure typically used for comparing countries on the basis of income equality. It ranges from 0 to 1 and is thus easily converted into a percentage of inequality. The inset map, in cool tones, represents the income group of the county (This may be useful in determining if a country has high levels of equality due to poverty opposed to equality due to policy). It should be noted that the GINI coefficient is very sensitive to the definition of income. 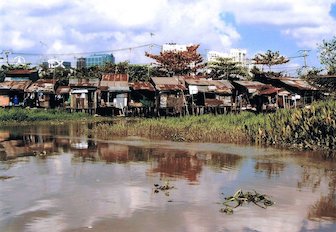 Income Ineqaulity in the OECD