Skip to main content
It looks like you're using Internet Explorer 11 or older. This website works best with modern browsers such as the latest versions of Chrome, Firefox, Safari, and Edge. If you continue with this browser, you may see unexpected results.

Websites for Anti-Racism in Education

Articles on Racism & Anti-Racism in Education

Books on Anti-Racism & Racism in Education and Decolonizing the Curriculum

Between 1936 and 1967, the Negro Motorist Green Book was essential for the survival of thousands of black Americans in an era of segregation cemented into the American legal system through Jim Crow laws, sundown towns where African Americans were under threat of violence after sunset, and a sharp increase in lynchings and other forms of hate crimes.

Victor Green worked as a postal carrier in Hackensack, New Jersey, and lived with his family in Harlem. Allegedly, Green was frustrated with his own experiences attempting to travel the United States as an African American and heard similar stories from friends and family. In 1936, he decided to publish the first edition of the Negro Motorist Green Book, based on similar guides for Jewish travelers. The first issue of the Green Book was limited to black-owned and non-discriminatory businesses in New York City. 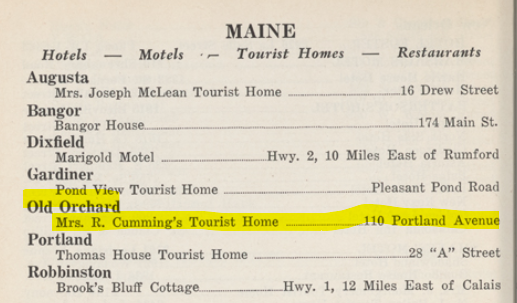 The Cummings' Guest House Register is now in USM's Special Collections. Below is a page from the register that lists visitors from Boston, New York City, and Washington D.C. among other places. 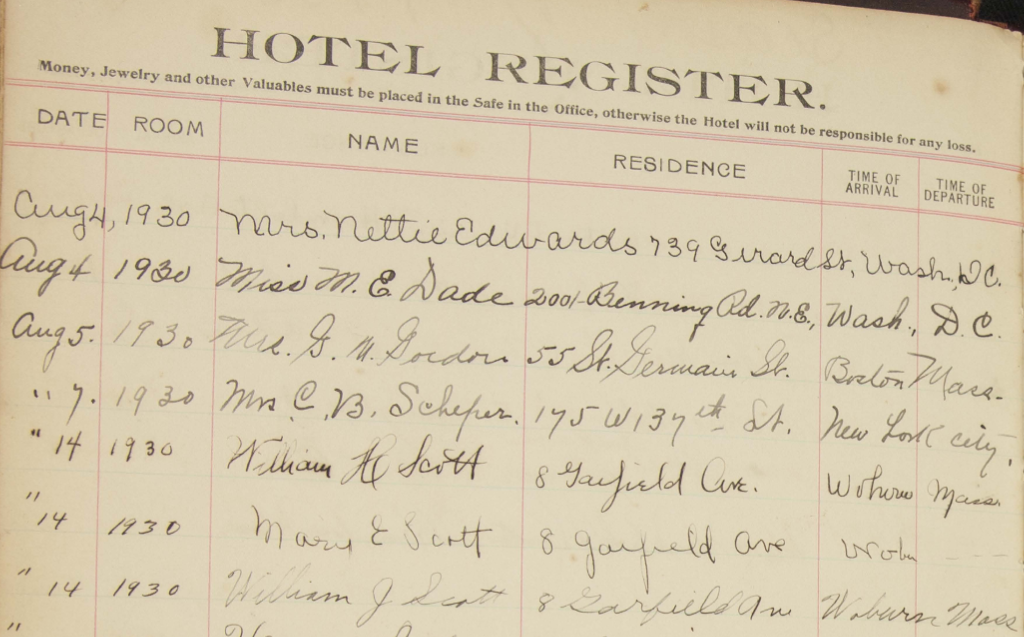